We are in the 1830s, and the industrial revolution is in full swing. The world has entered a new era of growth and technology with the United States leading this movement. It’s at such an exciting time that Gaming Minds – Kalypso Media’s own studio – sets this Railway Empire game to…

Perhaps any player who lived through the times of the railroad tycoon games will recognize this in the first place. But, unlike most others of its kind, it is not linked to the world of PC games, but is also accessible in its own game console.

Will you be able to think better than your rivals and will always be many steps ahead to make sure you are at the helm of this empire that is not only powerful but also drips money and potential? Well, we are here to find out.

As mentioned earlier, Kalypso Media’s internal study, Gaming Minds, has placed this study at the very heart of the Industrial Revolution, that is, in North America in the 1830s. And you are a tycoon who seeks to establish a booming railroad empire throughout North America

Its work begins in 1836, that is, when the transcontinental rail system is in its final phase. It extends along the plains of Omaha, which were then unimaginable, and continues to Salt Lake City. The first scenes of the game are designed to train and give you a basic idea about how to build tracks and how to set signals. The first line he will build will cross the area between Omaha and Norfolk. This is where the Philadelphia coal engine – its first and own locomotive engine – will travel first.

The gameplay is quite simple and familiar if you follow the Tropical game mode of Kalypso Media. You will have with you a very useful guide, although arrogant, who occupies an important position in those times. Not only will they guide you through the missions, but they will also offer you information about life and times, their reasons for building an empire as well as the type of person they are. With them by your side, you work to draw paths between the largest and smallest towns and villages, similar to farms. Any of these will take between half and an entire hour. Some of them have strict deadlines, and you have to hurry to finish these missions before the stipulated dates

As you complete the missions, you will move from one place to another for that campaign. Some will take you to New York, others to Los Angeles or the humble eastern coasts. You deal with several different and significant areas and deadlines as you establish the network of lines that will have a very important role to play in the Civil War. The main campaign should take about fifteen hours, since there are only five missions left to complete. But if you choose to go back and play parts to get perfect scores, which you will not be able to resist doing, and you will have to face very high levels of difficulty, including not being able to pause the game, put very realistic tracks and use signals. Of course,

You will use the circular menu for almost everything, as it is the center of all the game settings that allow you to choose company personnel and trains to get updates and better technology for your cities and engines.

But it’s not that you just need to stay in campaign mode during the game. You can also choose the options of Free mode, Sandbox and Scenario, each of which will allow you to access different sides and types of missions.

Before giving a verdict, the first thing we should mention about this type of addictive tribute to Railway Tycoon games is that it is the first to bring this type of games to the game console. Maybe that gives one a sufficient reason to be grateful, but the game does not disappoint in itself.

Perhaps an unfortunate omission that you first notice about the game is the lack of multiplayer options. For a game like this, in which empires are built, it would have been even more fun if our rivals had been real players, rather than a rather odious AI that doesn’t give importance to the rules you are forced to stick to. Speaking of AI, perhaps the biggest turn anyone faces in the long hours of play is how it makes it not only a tough opponent but a petty one to compete with. Sometimes you will notice that while your trains are stuck waiting for the other trains to pass and that there is free space, your opponent’s trains tend to pass through each other as if the trains were not even tangible. This creates many difficulties later, since you keep fighting because AI doesn’t seem to realize that the rules exist. The gains and rates of your opponent will reach an all-time high due to this.

Anyway, although Railway Empire has its problems, it does not mean that it is not a very fun game, as it is. The sound and images are also quite decent. It is interesting how the study seems to have created a pleasant tribute to the style of play of the Railroad Tycoon without having to tediously focus on details or boredom. The game is available on Amazon here . 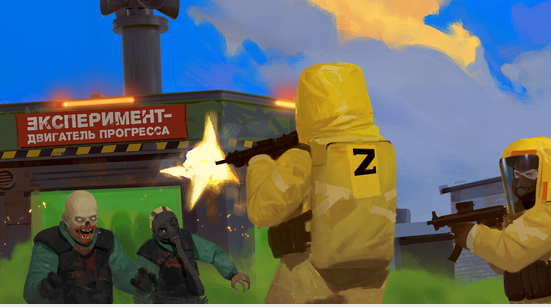