CEO Alexey Sazonov and COO Sergey Kozyakov founded Panzerdog in 2016 with initial funding from the Finnish corporation Aii, and then received funding from the Russian company Mail.Ru Games Ventures. His first project, Tacticool , is a 5v5 isometric shooting game released in early 2019 for iOS and Android. With an intriguing aerial view and excellent touch controls, Pocketgamer defined it as: “concise and firm (…) Tacticool is a brilliant game, and we hope to see more things like that in the future.”

Panzerdog uses only Unity, and according to Alexey: “Unity is a perfect combination for any mobile game developer, not only as an engineering platform, but also as a powerful set of fully integrated and easy-to-use monetization tools.”

Maximum performance from the beginning

Pocketgamer critic also noted that Tacticool “could quietly be the unexpected success for mobile devices of 2019”. Panzerdog recognizes the Unity performance tools, such as Profiler Window , Frame Debugger , Physics Engine and its integration with RenderDoc as indispensable factors in the fluid performance of the game. And Unity Cloud Build helped put it all together. “We are a small team, so a tool like Cloud Build, which speeds up and facilitates the compilation process is important. When using Unity servers, we discover problems and iterate versions very quickly,” Alexey said.

As Tacticool became a viable game, Panzerdog began an alpha test period to improve controls and game optimization, among other details. Alexey said: “After that, our pre-launch strategy focused on gathering monetization metrics and improving long-term player retention.”

The freemium game includes a mix of in-app purchases (integrated with Unity’s IAP) and rewarded ads. In a Unity poll , 71% of players preferred IAP ads and premium prices, while 62% saw ads regularly for rewards; less than 10% of developers saw less retention, while 86% found that the IAP was maintained or improved with rewarded ads. According to Sergey: “We set up Unity Analytics for metrics from the beginning to be able to analyze which of our monetization tactics were well designed and which ones needed more work.” He added that they will start an A / B Testing with the monetization functions and expand it from that point.

Sergey continued: “Regarding our monetization and acquisition KPIs, our main objective is that the lifetime value (LTV) exceeds the cost per installation (CPI) within six months.” When Panzerdog added rewards at the beginning of the launch, they were worried about the low cost per thousand (eCPM), but the rates almost doubled after its worldwide launch and the game gained popularity in category 1 countries.

Throughout global releases and previews, Unity Ads helped Panzerdog balance the number of award-winning ad views they wanted to get from each player. In Sergey’s words: “Unity Ads has all the features we need now and we hope to need later. It’s very easy to integrate and test.”

They hope to integrate soon an advertising mediation tool and other advertising networks later to increase the eCPM. He added: “We will remain within the Unity family. Integrating the mediation SDK or another company’s framework would mean a larger construction size, more falls, and a tougher support, and those are the last things we want! On top of that, Unity has a much higher reach rate compared to other advertising partners. ”

Investing in the community to attract players

Panzerdog feels that the biggest impact on the development of his games comes from his existing community. During the development, they were able to gather dozens of beta users. Alexey said: “This is a large and articulated group that generates new users, so investing in the user community is an effort that is really worthwhile from the point of view of user acquisition (UA).” They also conducted dozens of UA test campaigns with Unity Ads and Facebook Ads to find out if their updates are improving metrics.

Alexey added: “Of course, the UA has its challenges, and planning the marketing of a shooting game can be complicated. There is a lot of graphic violence, but the advertising partners don’t want to show it in a family game Match 3. So what would it be? an ideal ad for a shooting game? I don’t know! ” In any case, they feel that they have done well with their UA campaigns and the return to advertising spending (ROAS) exceeds expectations.

Panzerdog is currently working on new game modes, clans, pairing improvements and optimized network connectivity. According to Sergey: “We definitely want to create Instant Apps from Google Play in Unity. Every day we analyze community feedback and that helps us guide our next steps.”

They also hope to expand the use of rewarded ads, a decision that the Unity poll strongly supports. In that survey, 70% of respondents who had integrated post-launch announcements said revenue increased. Of this 70%, 58% saw a limited income increase as a result of work while 12% saw that income increased “a lot.”

Anticipating a long-term collaboration, Alexey said: “Unity allows us to reuse source codes, and the ecosystem is fantastic, be it Analytics, Ads, Cloud Build or the Asset Store. It is compatible with many meta platforms, and you can create an iOS game and take it to Android a few minutes later. And if a specific platform feature is not compatible with Unity, there will be something available in the Asset Store created by the community. ” Beyond those who decide to make the team, he is proud of the Made with Unity (MWU) environment. 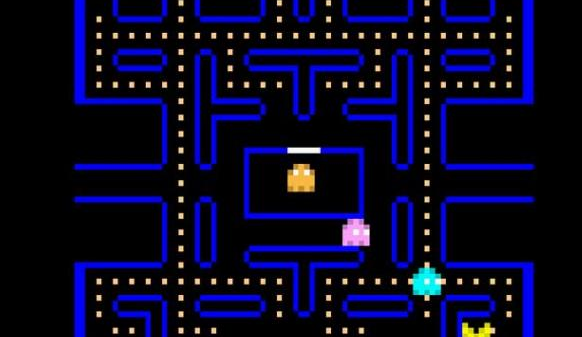 The classic game Pac-Man will be reborn today in the online service of the Xbox 360 console as a tribute to its designer, Toru...