Dr. Mario World , Nintendo’s latest mobile offering, is basically a mobile version of that classic game from the 1990s. Here you move capsules, combining them with viruses at different levels. It is reminiscent of Tetris, very easy to play and perfect for those who want to hang out.

When a game is released, definitely not everyone manages to pass the litmus test of sympathizing with users and of maintaining time. However, the classic Pac-Man is a live example of a game that has known how to capture audience and remain interesting, despite the fact that four decades have passed since its launch. The Pac-Man Android app stays true to the original format, and only has a few new levels to keep the game updated and more entertaining.

Linn: Path of Orchards is a mix of platform and puzzle game. You must cross the different platforms without falling, but believe us that it is much more difficult than it seems, since the landscape can change at any time.

The phenomenon known as Minecraft gave an incredibly successful leap to smartphones, giving franchise fans the possibility to explore, use and build their paths to the 8-bit glory wherever they are.

Breaking Bad: Criminal Elements is what happens when you cross Sim City with the beloved Breaking Bad . In the game, you will build a methamphetamine laboratory, increase your income and defend yourself against your rivals. As you grow, your lab will expand and you will earn more money, and although the game is a bit aggressive with in-app purchases, any Breaking Bad fan will appreciate it.

Mario fans will love the new and exciting Nintendo runner, which brings many of the classic elements of the original games in a slightly different version through Super Mario Run . The game, which was originally available only on iOS, finally came to Android , and is a clear sign of what could be the beginning of Nintendo’s great story on mobile devices. It is a great first attempt, by the way.

After a successful launch on iOS, Alto´s Odyssey is now available for Android, and the best thing is that it is free. In the game, which is a continuation of Alto’s Adventure , you will explore aesthetically designed levels, polish vines and bounce on hot air balloons as you discover the mysteries of the desert. It is really a beautiful game and worth playing.

The Eyes of Ara

Ifyou are a veteran of puzzle games, you are probably familiar with games like Myst and The Room . The Eyes of Ara could be described as a mixture between those two titles, in which you explore a beautiful world, discover puzzles, unlock different rooms and more. The game was originally released for PC, but now it is also available for mobile devices, and for $ 5, we think it’s a great deal.

Several years after the debut of the original, Trivia Crack 2 is finally here. The game retains many of the elements that people loved from the original game, but adds a number of excellent additional features. In the game, there are thousands of different questions to challenge you, competitive online modes, support for more than 20 languages ​​and much more.

Even if you’re not a Fallout fan , this addictive sim is one of the best Android games that exists today. You will have to tunnel in the ground and build a vault to provide a refuge for yours. Can you keep them alive in the face of invaders, cockroaches and other threats?

Pokémon Masters is the next great Pokémon game for mobile devices. It takes place on the island of Pasio, where you must fight coaches, improving your Pokémon and more. You can play other coaches online, in a simplified and optimized mobile environment.

Accumulate provisions, plan your defenses, raise an army and guide your tribe to victory against cursed goblins and leaders of other clans. Clash of Clans is an excellent combination of slow planning and fast (and chaotic) battles.

Can you put on the hockey mask and take on the role of Jason Voorhees? This game consists of stalking, catching and ultimately killing your victims, with over 100 puzzles to solve. The chaos will begin at the Crystal Lake camp, but there are levels in prison, Manhattan, a ski resort and some other places. Level up to unlock more weapons. Although you can increase the intensity of the blood, you can keep things beautiful if you prefer … the game has a good sense of humor about your ruthless crimes. 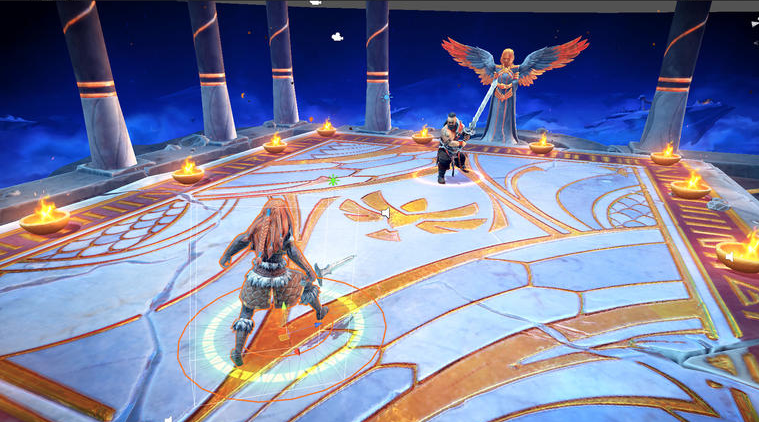 A single night trick became a company with millions of players The two founders of Playkot began their career in VKontakte, "the Facebook of Russia"....