“Video games have experienced a tremendous evolution over the last decades until they reach their present evolution. Today gamers use complex controls, powerful personal computers and increasingly their smartphones to interact with the virtual world, which marks a huge contrast with the humble origins of the simple joystick and the monochrome monitor. Video games are such a popular hobby, or in some cases a true lifestyle, that many even develop a career thanks to them. ” Says  Héctor Silva, CTO and Strategic Sales Leader, CALA, Ciena

Goodbye to the delay

The 5G network promises ultra-low latency and extremely fast speeds, which already generates enthusiasm among players as well as developers. The lag, one of the main cons of any online game, is the slowdown that becomes evident while running an application, a consequence of congested networks that can mean the difference between victory and defeat.

This type of delay can cause players to lose when they should have won, in addition to affecting a player who tries to keep up with their friends with better internet connections or simply make a game frustrating. The lag is so important that many games now include real-time latency measurements among their tools. Gaming data in 5G will be sent point-to-point at a much faster speed, since the storage and processing of information will occur physically closer to the player thanks to multi-access or mobile edge computing (MEC) technology, which Reduce delay effectively.

One of the most interesting benefits of 5G for the world of videogames will be the ability of the network to handle at the same time more users and associated traffic in the hertzian waves, something that will be critical for the growth of e-Sports in Latin America, a segment that continues to feed the expansion of tournaments and regional gaming events. This will allow more people to participate in high-resolution video games in real time, since mobile networks will be able to send larger volumes of data between devices.

The rise of augmented reality, virtual reality and cloud games

With the arrival of 5G, the characteristics of augmented reality and virtual reality will have a huge improvement. Location-based video games like Pokémon Go are an example of augmented reality games that we can see increasingly in the future once the 5G network is adopted. Interconnected and interactive games, which provide an exact location at a distance of one meter, against a distance of 10 to 500 meters offered by 4G, will depend on the adoption of 5G. In addition, real-time virtual reality games could make today’s 4K HD games look like the Nintendo 64 of the ’90s.

The 5G network can also help eliminate the expense of having to buy a new console often, with the proliferation of cloud-based games that leverage MEC technology. Without forgetting anyone, there is also something for retro players: cloud-based gaming will allow them to stream games from the past, now on the hertzian waves, anywhere, anytime, regardless of whether or not they own the console. in which the game was originally released.

The networks that make 5G possible

In the beginning of the Internet, networks brought a huge and growing number of distributed and fixed terminals, while today networks connect users mainly with fewer data centers that have much more information. This has already significantly reduced latency and network speeds by storing content in huge data centers closer to urban centers, where users live and play. Future networks should bring connectivity even closer to users, while supporting the colossal volumes of data that videogames, video streaming and the Internet of Things (IoT) will require.

The next generation of video games can become reality with more adaptable networks. To ensure that the data reaches point A to point B with optimized performance, intelligent software and analysis are needed that can predict where failures will occur and actively fix them before a cut occurs, often without the need for human intervention. The channel architecture of the 5G network (slicing) will ensure that the gaming services get their high-performance slice of the general pie that is the network, to ensure gamers a better comprehensive quality of experience.

The 5G network will inaugurate a new era in mobile video games.

By greatly reducing the lag associated with network latency, the game will be more fluid and will allow a much larger number of users, becoming an even more community activity than it already is. Players of all levels will be able to choose from a growing variety of brand new platforms and new adventures in which to embark on the virtual world. Developers will no longer be bound by the current limitations of network performance, which are usually minimal services, which will encourage creativity and open new paths for what is considered possible in a video game.

“As technology continues to advance in Latin America, the networks will become adaptable and developers will be able to gloat over the potential of 5G, which will favor technological settlements such as São Paulo – which is currently ranked as the number 1 Latin American city for gamers and the 23rd globally – climb the list of major gaming centers. As networks improve and 5G begins to penetrate Latin America, it would not be surprising to see Latin American cities begin to represent a larger percentage of the world’s major cities for video games, something that should rejoice players from Patagonia to Mexico, and everyone in the middle ” , concludes Héctor Silva. 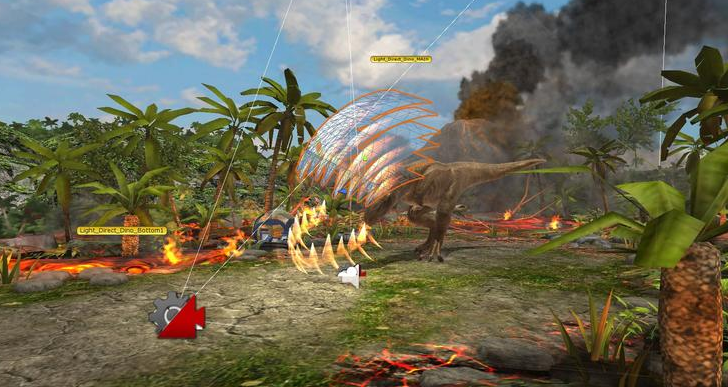