I had an artist resource provided by my partner,  Section Studios , but I did all the design, programming, implementation and code on my own,” he says. “Fortunately, with Unity and its incredible set of tools at my disposal, I was able to move forward.”

Addtional help where I needed it most

In addition to everything that already included  Unity Editor just by downloading it, Hawkins found another invaluable resource in the Unity Asset Store.

“When I started, I hadn’t written code for 10 years, so going back to that was a bit difficult, but I found  Playmaker in the Asset Store , which had a lot of built-in features. You just have to link a couple of nodes and you already have a level programmed very quickly, “he explains.

Another asset that helped, particularly in terms of VR performance, was  Mesh Baker , which allowed him to integrate all his geometry into the same drawing call (draw call).

“Drawing calls can be fatal in VR, especially on mobile devices, because it is very important to maintain a very high frame rate to reduce dizziness in users. Therefore, having that tool and being able to integrate calls into one alone instead of 100 it was a great success too. ”

With the help of the Unity platform and the Asset Store, White Elk saw his creative vision come alive.

“Within three months, we were able to make an entire prototype that allowed us to employ six people full time and use different contractors to realize our vision. Thus, we were able to build a complete experience of 3 to 4 hours of play.”

Another thing that made it easy for him to explore VR and realize his creative vision was how easy it is to iterate with Unity. Both during the prototyping phase and after, the ability to see changes almost immediately within the editor saved Hawkins a lot of time.

“Unity is great for live updates, because it allows iteration and rapid progress. In my previous study, we used some tools that had iteration cycles of minutes, not seconds,” he says. “But, with Unity, the speed of the workflow is incredible.”

“You can move the worlds, modify the geometry, change everything, activate or deactivate the visual effects. Being someone with experience in level design, I found it incredible. Something that could have taken me three or four times more, I could do it in seconds with Unity, “says Hawkins.

A genus for VR development

Rapid iteration was especially important to experiment with VR. The ability to switch between different setting values ​​in edit mode and test it in playback mode with the VR viewer allowed a much smoother and more efficient workflow.

“What I love about this is that it allows you to adjust small variables, such as for the player’s movement model or for the propeller backpack, which requires a lot of work just to feel good and not cause dizziness in the user,” says Hawkins . “You press play and, in seconds, you’re in the game. You wear the viewer and you can try all this new world you just created in just minutes.”

It has to be amazing

In addition to ease of use and speed, another reason why Hawkins chose Unity was because it would allow him to focus first on his creative vision and he knew that cross-platform compatibility would give him, later, the flexibility he needed.

Of course, when the opportunity arose with the emerging Google Daydream technology, White Elk did not hesitate. The Unity engine allowed the entire game to be taken to Google Daydream, which was originally planned to be published on PlayStation.

“With  the Unity SDK for Daydream , we had everything ready in a matter of minutes. Perfect integration helped us focus on creating something amazing. And that is essential, because with a totally new technology and platform like VR and Daydream, if it is not amazing, users won’t come back. ”

What results has this creative experiment had?

Since its launch in 2016,  Eclipse has been widely accepted by both users and critics. His rating on the Google Play Store has been around 4.7 and more, and he has received spectacular reviews such as the following: 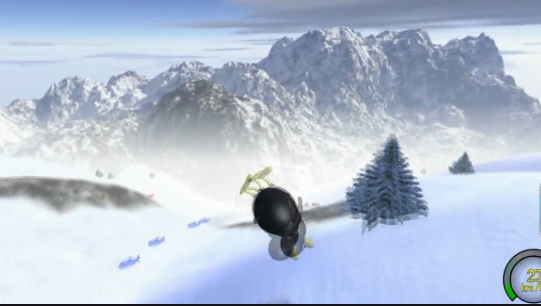 Presentation There are a great deal of games for Linux where Tux assumes the job of saint. Where he is furnished with various sorts of...