You don’t have to pay a lot of money to enjoy a good game . In fact, you don’t even have to pay anything for it. The rise of smartphones has caused many video game developers to have opted for this type of mobile platform as their main business through paid games. However, others continue to offer the world the possibility of enjoying their creations for free. And that is precisely what interests us today.

While there are fantastic paid games on Google Play, whose developers deserve without a doubt every penny of the price of their titles, not everyone is willing to pay for them. For this reason, in this guide we will collect the best games for Android that can be downloaded and played totally for free , and you better save this article in your bookmarks, because the list will be updated frequently as new titles appear.

It could not be missed: after its launch in 2019, Call of Duty: Mobile became one of the most successful mobile games in history , for its ability to offer a gaming experience at the height of the latest console deliveries of this successful saga.

Today, Call of Duty: Mobile is the most played shooter on Android , and one of the favorite games of the Android user community . And yes, it is completely free.

Something may have gone unnoticed among the great releases of recent months, but Eternal Summer is a free game that deserves your attention. This is a graphic novel starring Semyon , a young man – apparently – normal and ordinary, who from one day to another is immersed in an adventure that will force him to understand what has really happened , and how he can return to his previous life … If that is really your destiny.

Created by a group of developers passionate about Nordic culture , The Frostrune is an adventure title where our mission is to explore an abandoned island full of mysteries. It has hand-created graphics, and its creators ensure that all elements have been faithfully recreated based on archaeological sources. Without doubt, a small masterpiece totally free that is worth trying.

A fantastic puzzle game to spend the dead time is Transmission . With more than 70 different levels, divided into 7 unlockable worlds, this casual category title encourages us to connect the different points to create stronger and stronger communications and networks, and thus obtain the more than 140 stars distributed among the different levels.

Another of the great releases of 2019 was The Elder Scrolls: Blades . The title of Bethesda, game developer of this same saga as Skyrim, was released in the middle of last year as a game of exploration of dungeons and battles in the third person, with careful graphics and good playability.

And speaking of successes, Harry Potter: Wizards Unite could not be missing on this list . The so-called “successor of Pokémon GO” came to Android after a long wait, and it is already possible to go out in the

Although historically games based on movies or television series have not been entirely well received by the public, there are always exceptions. And the official Stranger Things game is one of the best examples . About three years after its release , Stranger Things: The Game remains a fun and faithful title to the popular Netflix series. And although he has not received updates, any time is good to complete his story

It may not reach the level of GRID, the best racing game for Android , but Asphalt 9: Legends remains one of the best options within the category of existing car games on Android. In addition, you can download totally free .

With more than 50 million players worldwide, Critical Ops is one of the most popular first-person shooters for Android . A title that little has to envy others like Call of Duty Mobile, and that for many is the perfect mobile adaptation of the successful Counter Strike saga .

Selected by the publishers of Google Play as one of the best role-playing games available on Android, Another Eden proposes an adventure beyond time and space, leaving in our hands the mission of saving humanity from a lost future.

Another free option selected by Google Play editors is Vainglory . Its creators define it as a multiplatform MOBA with the strategic depth and mechanical skill that could be expected in a PC title, but that can be played from any device, anytime, anywhere.

That its seemingly childish graphics do not confuse you, Rumble Stars Soccer is one of the funniest football games for Android that exist on Google Play. In it, we face other players from all over the world in real-time games of only a few minutes, where the mission will, of course, be to score as many goals as possible.

Another free multiplayer game worth trying is Tacticool . This is a shooter that proposes 5 vs 5 games in which we can choose between dozens of weapons and vehicles.

There is life beyond football and basketball. In fact, Tennis Clash is one of the best sports titles in all of Google Play. It is not only easy to learn and master: this multiplayer tennis game offers us the possibility to participate in tournaments with players from all over the world. In addition, since the games do not last more than 2 or 3 minutes, it is a perfect game for any situation.

Nor could one of the most anticipated of 2019 be missing: Mario Kart Tour recovers the essence of the famous racing game and offers it to us in vertical format. Unlike other Nintendo titles, the Mario Kart version for mobile can be downloaded for free , and it is not mandatory to pay to advance in the game.

The vitamin version of the classic chess . Our only task is to strategically place the characters on the board, and ensure that they manage to defeat the rival characters. Auto Chess is a free, multiplayer game that promises hours of fun .

He landed on Google Play at the end of 2018, and it only took a few weeks to become one of the most popular Google Play games. Brawl Stars , the latest creation of Supercell, is undoubtedly one of the best free games that exist on Google Play.

This is an action game that offers us fun multiplayer battles – or not – 3 vs 3, with more than 20 characters to choose from, each with different abilities and special attacks. If you have not tried it yet, do not miss our guide for beginners of Brawl Stars , and if you think you are already an experienced player, take a look at these 7 tricks to be the best. 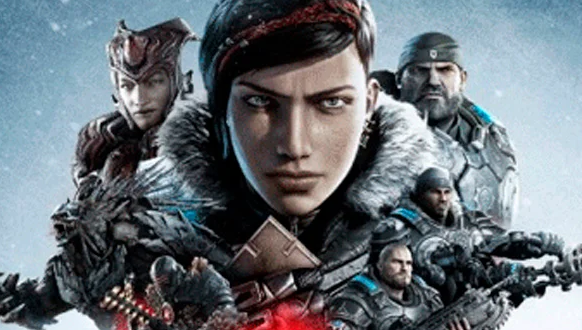 This is the Xbox One game calendar for 2019 . So far this year, we have already been able to enjoy the return of...